The first day of December ushers in the start of the Christmas holiday season, but there are plenty of activities going on all over the city that will definitely allow you to relax in the run up to the big day itself. 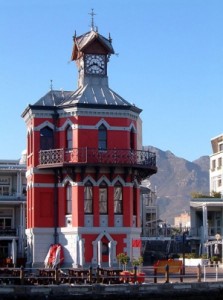 A fascinating new museum has recently opened in the newly refurbished Clock Tower precinct at the V & A Waterfront, which is well worth a visit.  These shiny stones have a romanticism and life about them that is hard to ignore.  Take the journey along the diamond’s road from pebble to starring role in Royal Crown Jewels at the new museum.

The Cape Town Diamond Museum traces the history of the diamond over 3 billion years from formation to final polished stone.  Discover the roots of the diamond rush with all it’s attendant rivalries and stories.  Uncover the famous people behind the famous stones, with life size replicas of The Taylor Burton, The Cullinan and The Hope diamonds and see for yourself why blood, sweat and tears are spilt over these amazing minerals.

Whilst you are down in the Waterfront, you may well wish to take a look at the Volvo Ocean Race boats before they depart for the next leg of their round-the-world race.  In Cape Town until 11th December, it is a chance for the sailors to rest, recuperate and recharge their batteries for the coming months.

Known as the “Everest of Sailing”, this race is a battle between the world’s top sailors.  39,000 nautical miles will have been covered during the 9 months of the race over the most treacherous seas before finishing in July 2012 in Galway, Ireland.

You won’t escape the looming season altogether, as the V & A Waterfront hosts Cape Town’s biggest Christmas trees.  Towering over events, the 15 metre tall trees definitely give Santa something to think about climbing in his efforts to bring presents to the children of the city on Christmas Eve!

Away from the Waterfront, the theatres have something to offer everyone in the way of light relief.  Ballet lovers will enjoy the expertise of the Royal Ballet Company, London and the Bolshoi Ballet from Moscow with their renditions of Giselle and Swan Lake respectively.

The Fugard theatre in Cape Town’s historic District 6, having originally been part of the Congregational Church hall and the Sacks Futeran Building, both of which played a large roll in the removal and marginalization of the area in the early 20th century, is named after South Africa’s acclaimed playwright, Athol Fugard who is never afraid to write on controversial subjects opposing the South African political systems of the past.

The District Six Museum is also here with a rich visual experience documenting various aspects of life in District Six before the removals began.

Further out of Cape Town towards Cape Point, Kalk Bay Theatre is home to “The Mermaid of Zanzibar” – a musical story-telling show with a tale of the high adventures of an African mermaid who makes music wherever she goes.

Of course, the shops of the city, Waterfront and towns such as Kalk Bay will be delighted to help you with your seasonal shopping, but take a moment to explore the wealth of delights this special destination has to offer.

For more great ideas on what to do and see, ComeToCapeTown.com will be delighted to assist you in making the most of your vacation and holiday time.

Luxury accommodation, top tours and sights to see, we are your one-shop information stop for the best rates around.  Be our guests, Contact Us Now and start planning your own memories!

About The Author: James