Like so many people in South Africa, and around the world too I’m sure, the news of our beloved Madiba passing has rendered me at a loss for words. In many ways, the loss is a personal one for each of us – he inspired something in every single person, after all. For some, it was his ability to remain an icon of peace throughout his years since being released from Robben Island all those years ago. For others, it was that one-of-a-kind smile that lit up the world with its warmth. Some may remember his colourful shirts; his lasting legacy left by the Nelson Mandela Foundation – that 1995 Rugby World Cup moment that was recreated in an acclaimed movie.

But as a nation, Madiba brought something even more important to us all… the chance to unite as one, and share our love for the ‘grandfather’ of South Africa, our Tata Mandela.

So today, we stand together and honour our Tata with a collection of images that moved us, inspired us and reminded us how much he meant to us all…

A Madiba Tribute Without Words The cover of the New Yorker, next week will pay tribute to Nelson Mandela 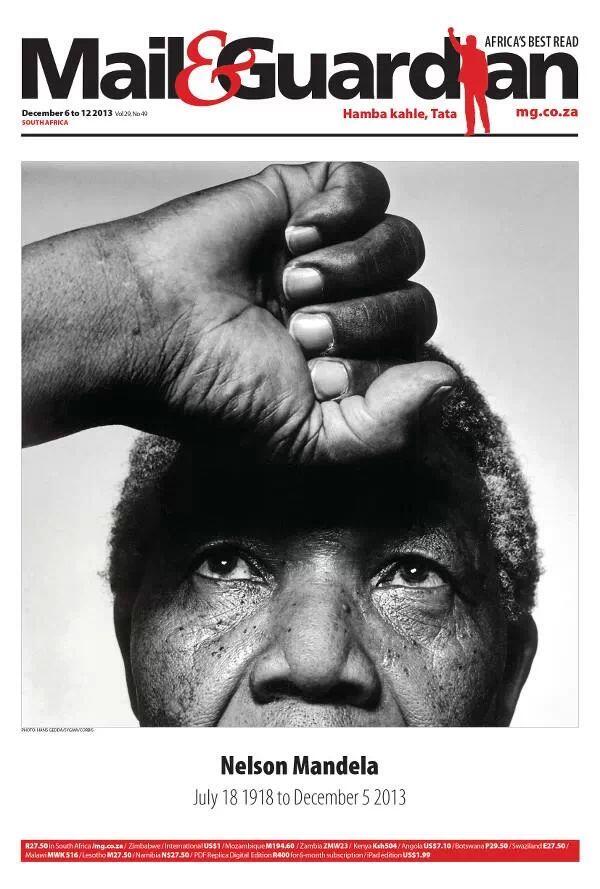 This image is made up of 7.2 million tweets sent in tribute to Mandela, after his passing. Finally, if there is one single tribute to read today, make it this one from the Archbishop Desmond Tutu – We Thank God for Madiba.

RIP Nelson Rolihlahla Mandela… your legacy will never be forgotten.